A bot writes a magical story. 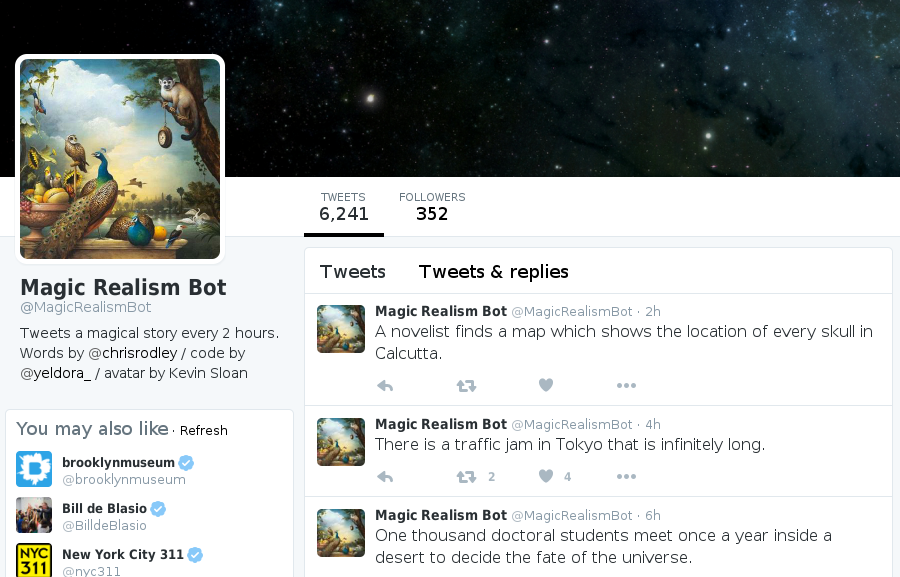 @MagicRealismBot is a Twitter bot created by @yeldora_ and Chris Rodley that writes short stories in the style of magic realism.

You can learn more about the bot in this interview with the authors.

Magic Realist Bot points toward a complimentary relationship that can exist between the modernist experiment in literature of the 20th century and the digital culture of the 21st.

In Conversation with Chris and Ali Rodley: The Creators of the Magical Realism Bot

You discover that you are an ocean.

A poet has a rare gift: She can understand the language of shooting stars.

Are there tiny ones hiding in your home too? 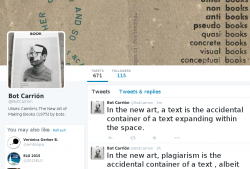 Ulises Carrión's The New Art of Making Books (1975) by bots.

Welcome to Anarres. This is the Production and Distribution Coordination.