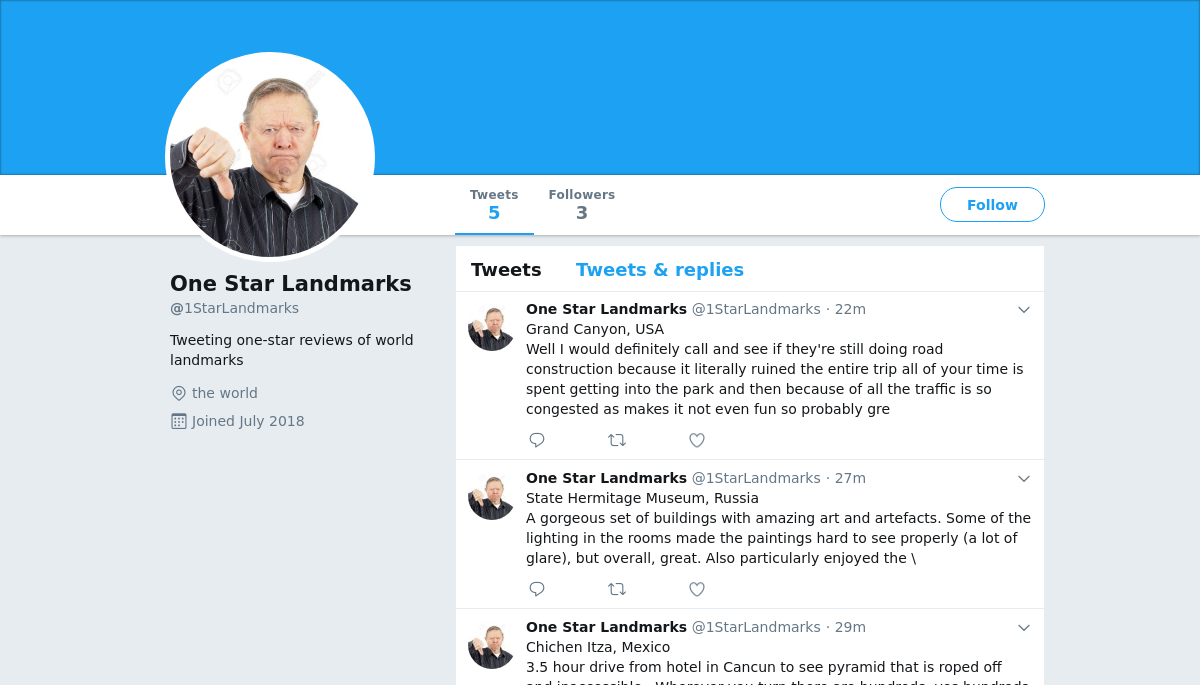 Buckingham Palace, UK
Wifi is restricted to bo use what'sapp. I would have not gone there if they advertised wifi but no WhatsApp. Also burgers were stale. I'm only giving one stay because the rotisserie chicken was good, otherwise I'd give it 0 stars since the other 2 parties we

Colosseum, Italy
I've never been. Google gives me points for reviewing places depending on where Google has geo tagged the photo.

Tweets about trees in Melbourne, Australia.

Satellite pictures of crossroads from around the world.

Art, games, and other bot-inspired tributes.