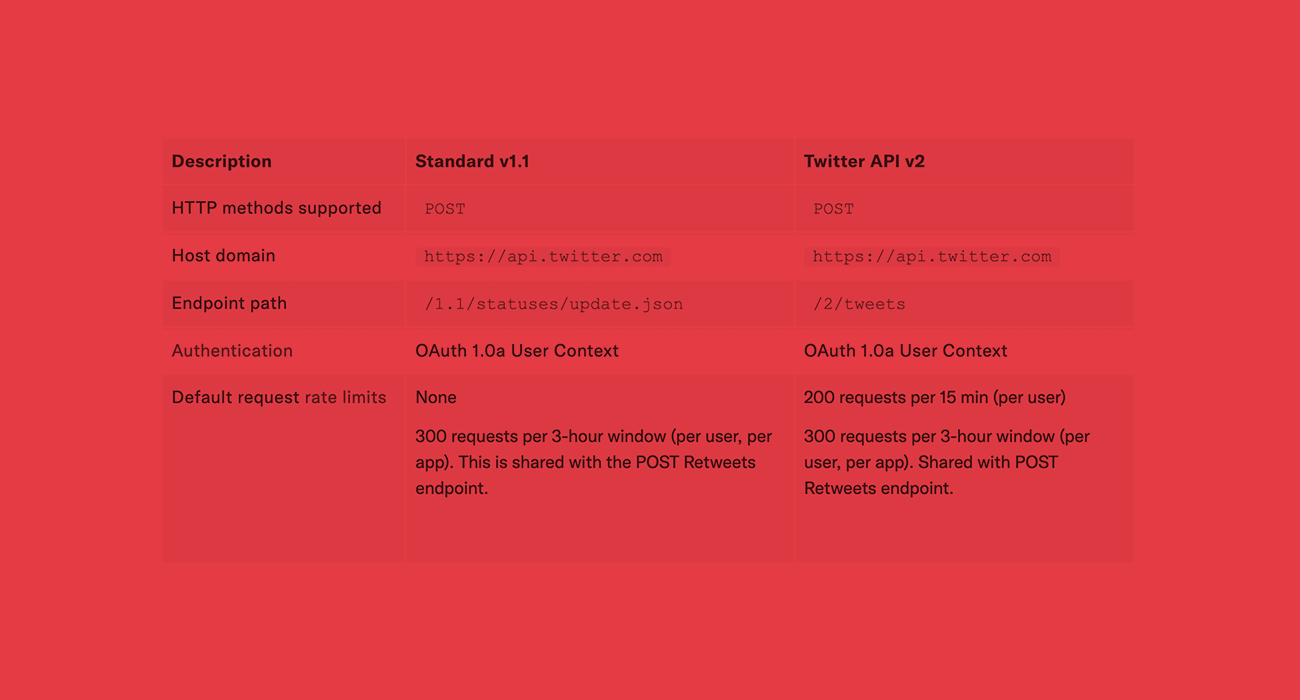 Posted 8 months ago in News

Here’s a part of the announcement that features a short blurb from me.

Much of the new functionality we added to the new manage Tweets endpoints came from community feedback. You told us what was missing, and we prioritized adding some of the most crucial functionality like polls, tagging people in images, and Tweet reply settings. While we know this isn’t comprehensive, we’re exploring additional features, and want to continue hearing your input.

Stefan (@fourtonfish), the creator of Botwiki and the founder of botmakers.org recently shared, “the thing that’s the most exciting about the new version of Twitter’s API is not really a particular feature, rather it’s seeing Twitter’s renewed commitment to the broader developer community. From sharing a public roadmap to listening to direct feedback and acknowledging and promoting creative uses of their API, I’m looking forward to what the team comes up with next.”

We loved hearing this, and are so grateful for Stefan and the rest of the developer community’s commitment to continuing to build alongside us.

Twitter has more features planned for their API and everyone can follow along with their public roadmap.