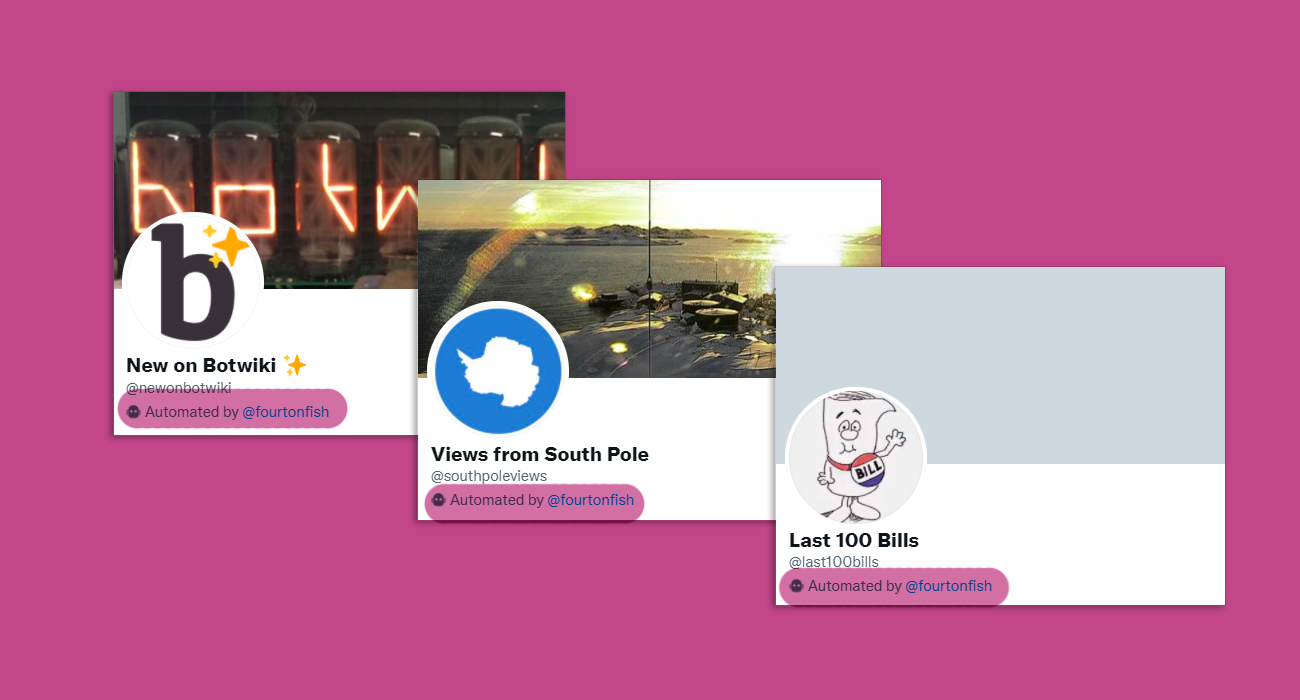 Posted a year ago in News

Twitter is rolling out a limited preview of their new bot labeling feature, which essentially allows creative bot makers to voluntarily disclose that an account’s activity is automated.

(Some of my own accounts, including @newonbotwiki, @southpoleviews, and @last100bills are part of this trial.)

This is in addition to an existing feature where individual tweets show which client, or app was used to post them. Bot labeling is in very early stages and details on requirements and possible benefits of using the label are still being worked out, with the help of the botmaking community.

One interesting question is, for instance, what exactly is a bot, or an automated account, since an account can be a source of both automated tweets and content created manually.

The official label is a great step towards legitimizing this creative use of Twitter’s API. I am hoping that willingly labeling your bots will, in the future, remove some of the obstacles bot creators deal with, such as having to verify each individual account with a phone number, or random account lockdowns due to “suspicious activity”.

I’d personally prefer having one main account, and have all my bots attached to it, similarly to how Tumblr lets you create a primary and multiple secondary blogs.

It’s also worth pointing out, for some context, that the alternative social media platform Mastodon had had an option to label bot accounts for a few years by now, possibly serving as an inspiration.

For more details, visit Twitter’s official blog and check out the #GoodBots hashtag on Twitter.