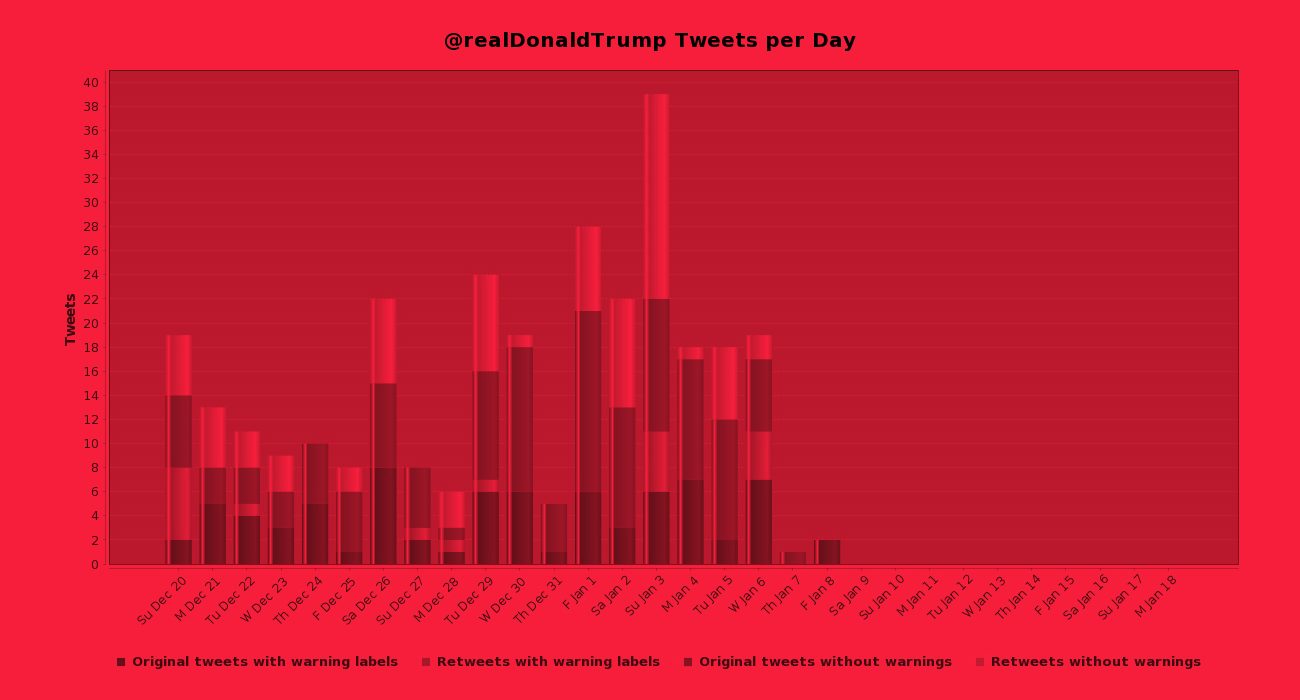 Posted 2 years ago in Article

Donald Trump is stepping down today as the 45th president of the United States. His legacy? Countless lost lives, a country in deep divide, and honestly too much evil to list here.

Most Trump-inspired bots were designed to eventually stop posting with Trump leaving (or being forced out of) the office, but many have ended abruptly when Trump was booted off Twitter.

And let’s also remember Real Press Sec. which was suspended by Twitter allegedly due to the bot’s creator breaking Twitter’s rules of automation.