Posted 4 years ago in Site updates

One of the recent major updates to Botwiki is that when sharing a bot page on Twitter or Facebook, the screenshot of the bot’s page will now show up (it would only show the site’s logo before). 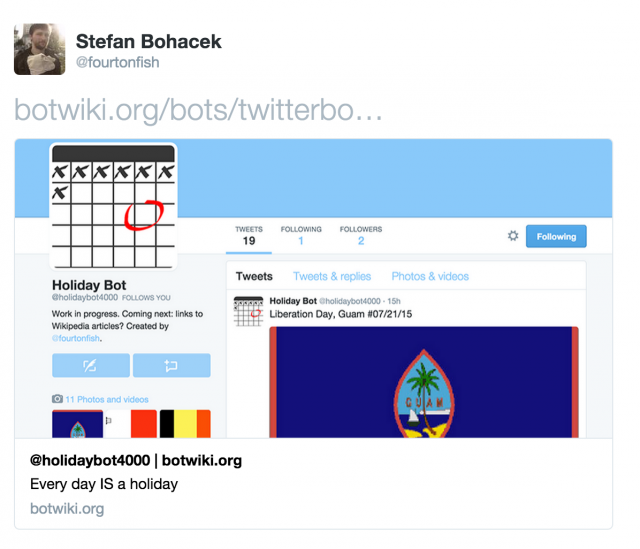 Also, we now have a new Projects page that lists the projects we are focusing on right now. 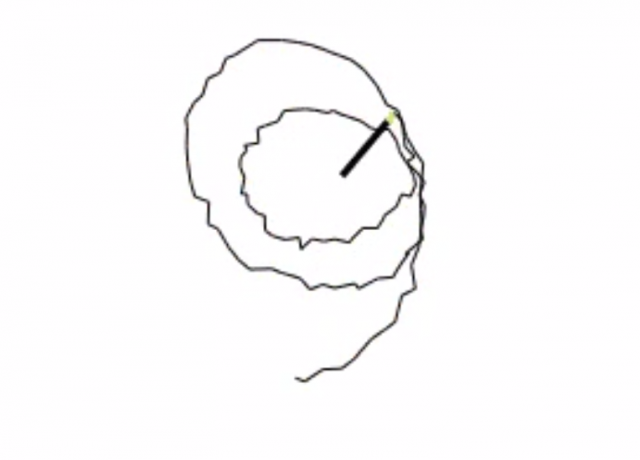 There were a few new bots made last week that I particularly enjoyed.

And as a reminder, you can use the bot submission form to add a bot that you made yourself or that you like.

Last week had some very interesting events, but here’s what we can look forward to now:

I really enjoyed my last week’s interview, unfortunately the person I spoke with was in the middle of traveling, so the second issue of Botwiki Interviews is going to be a bit delayed. I will be sending out a follow up email this week with a link. Definitely stay tuned!

But hey, I have some exciting news to hold you over while waiting!

Starting today, every first Monday of the month we are going to announce the topic of our Monthly Bot Challenge. I am going to use this first challenge to fully flesh out the rules and find the best technical setup, but for now, the rules are going to be very simple:

The topic for the very first Monthly Bot Challenge is:

If you need some inspiration, have a look at bots tagged #space on Botwiki. And definitely be sure to join Botmakers to share ideas, resources, and find collaboration partners. We are also going to be listening to ideas and feedback on how to make the Monthly Bot Challenge better.

As I mentioned above, we now have a new section on Botwiki for core and community projects. We invite everyone to bring their hobby and side projects to Botmakers and see if anyone else is interested in collaborating or at least to provide useful feedback.

Thanks a lot for reading, see you again next week!